Dr. Karl Morgen celebrated his 70th birthday on 19 March 2022. Reason enough for STUVA, where he has been a member of the board since 2003 and deputy chairman since 2005, to pay tribute to the career and work of this extraordinary engineer.

After very successful studies at the University (TH) Karlsruhe (now Karlsruhe Institute of Technology), which Karl Morgen completed with distinction and for which he was awarded the Tulla Medal and the Bilfinger Berger Prize as the best in his graduating year, he completed his doctorate at the Chair of Structural Engineering at the TH Karlsruhe, likewise with distinction. After working briefly in two engineering offices and as a site manager at Dyckerhoff & Widmann AG, he joined the renowned engineering office Dr. Ing. Windels – Dr. Ing. Timm, where he became a partner after only two years. With the subsequent renaming to WTM Engineers, he not only added the “M” to the company name, but also played a key role in advancing and co-determining the success story of WTM in his 29 years as managing partner. During this time, numerous spectacular and challenging structures have been planned and supervised by WTM under his leadership or accompanied by him as a test engineer. In the field of tunnel construction, the XFEL X-ray laser project in Hamburg and, more recently, the Fehmarnbelt crossing are particularly worthy of mention.

In addition to his successful work for WTM Engineers, Karl Morgen was and still is involved in numerous professional organisations in prominent positions. For several years he was, among other things, chairman of the Association of Design Review Engineers (VPI) in Hamburg, a member of the board of the Hamburg Chamber of Engineers (HIK) as well as deputy chairman of the German Port Technology Association (HTG) and to this day deputy chairman of the STUVA – to name just a few of the most important offices. In addition, Karl Morgen was a member of numerous DIN committees and strongly supported the initiatives to simplify standards.

His successful work and great voluntary commitment have been recognised with several awards and prizes: In 2015, Karl Morgen received the Emil Mörsch Commemorative Medal, the highest award of the German Society for Concrete and Construction Technology (DBV), in 2019 the Civil Engineering Law Prize of the Centre for German and International Subsoil and Civil Engineering Law (CBTR) and in the same year the HTG Award from the Werner Möbius Foundation for his life‘s work.

With all the successes in the professional field, it comes as no surprise that Karl Morgen has not limited his hobby, sailing, to leisurely cruising on the river Alster, but has also achieved considerable success in German and international championships together with his son.

Dear Karl – the board, the management and the whole STUVA team congratulate you on your 70th birthday and wish you all the best for the future, especially good health, lots of time for your family and of course much success for you and your team at this year‘s European Championships in Sanremo and the World Championships in Kühlungsborn.

Univ.-Prof. Dr.-Ing. Martin Ziegler, Chairman of the Board of STUVA e. V. 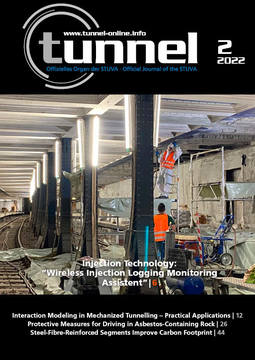 We at the STUVA should like to congratulate Dr.-Ing. Karl Morgen most warmly after he turned 65 in March 2017. Dr. Morgen is CEO of WTM Engineers GmbH and a member of the STUVA board since 2003; since...

Dr.-Ing. Karl Morgen, 1st deputy chairman on the board of STUVA, the Research Association for Underground Transportation Facilities Inc., was delighted to accept the Emil Mörsch Commemorative Medal...

Dortmunds former municipal director Klaus Fehlemann has just celebrated his 75th birthday,  and the STUVA wishes to extend hearty congratulations. From 2003 to 2007, the trained architect Fehlemann...