As from 1 July 2016 Sandvik has merged its operations „Mining“ and „Construction”. Sandvik Mining and Rock Technology is now one of four remaining business areas. According to Sandvik it will be organized in a de-centralized business model with separate product areas. Each product area will have full responsibility and accountability for its respective business.

“Products developed for the customer segments mining and construction are based on common technologies with a similar aftermarket offering. In addition, manufacturing units are already largely shared, with to some extent shared front line resources,” says Björn Rosengren, Sandvik’s President and CEO. By joining the operations into one business area the company aims at achieving a leaner, more efficient structure and faster response to customers. 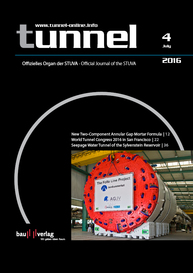 Sandvik Mining and Rock Solutions is a business area within the Sandvik Group and a global leading supplier of equipment and tools, parts, service and technical solutions for the mining and...

This acquisition is an important step in our growth ambition. DSI Undergrounds track record of driving progress and safety in underground operations and its global reach will further strengthen...

In late 2020, Sandvik has signed an agreement to acquire DSI Underground, the global leader in ground support and reinforcement products, systems and solutions for the underground mining and tunneling...

With effect from 1 June, Friedrich Hirtler has been appointed Managing Director of Sandvik Mining and Construction Central Europe GmbH, having taken over this demanding management role on an acting...

The DS512i is equipped with the new FOPS / ROPS cabin as standard. This reduces noise, vibration and dust levels and improves visibility while drilling and tramming. An interactive graphic user...