heart of the central business district CBD after a major tunnelling contract was awarded by the New South Wales (NSW) Government on June 22, 2017.

The 2.81 billion Australian dollar (1.92 billion euros) contract has been awarded to a joint venture of John Holland (45 %), CPB Contractors (45 %) and Ghella (10 %), to deliver twin 15.5 km tunnels and associated civil works on Stage 2 (City & Southwest) of the Sydney Metro project – Australia’s biggest public transport project. The JV will start work immediately to get the first of five tunnel boring machines (TBMs) in the ground by the end of 2018.

Design and construction works under the Tunnel and Station Excavation Works contract include:

Twin 15.5 kilometre tunnels from Chatswood to Sydenham travelling under Sydney
Harbour and the CBD

The completion of the tunnel contract is expected in mid-2021. Stage 2 of Sydney Metro is scheduled to be put into operation in 2024. 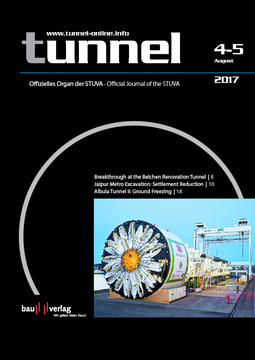 The $1.63 billion Sydney Metro West project will deliver a new underground rail connection between the CBDs of Parramatta and Sydney. Works to be delivered under the Eastern Tunnelling Package include...